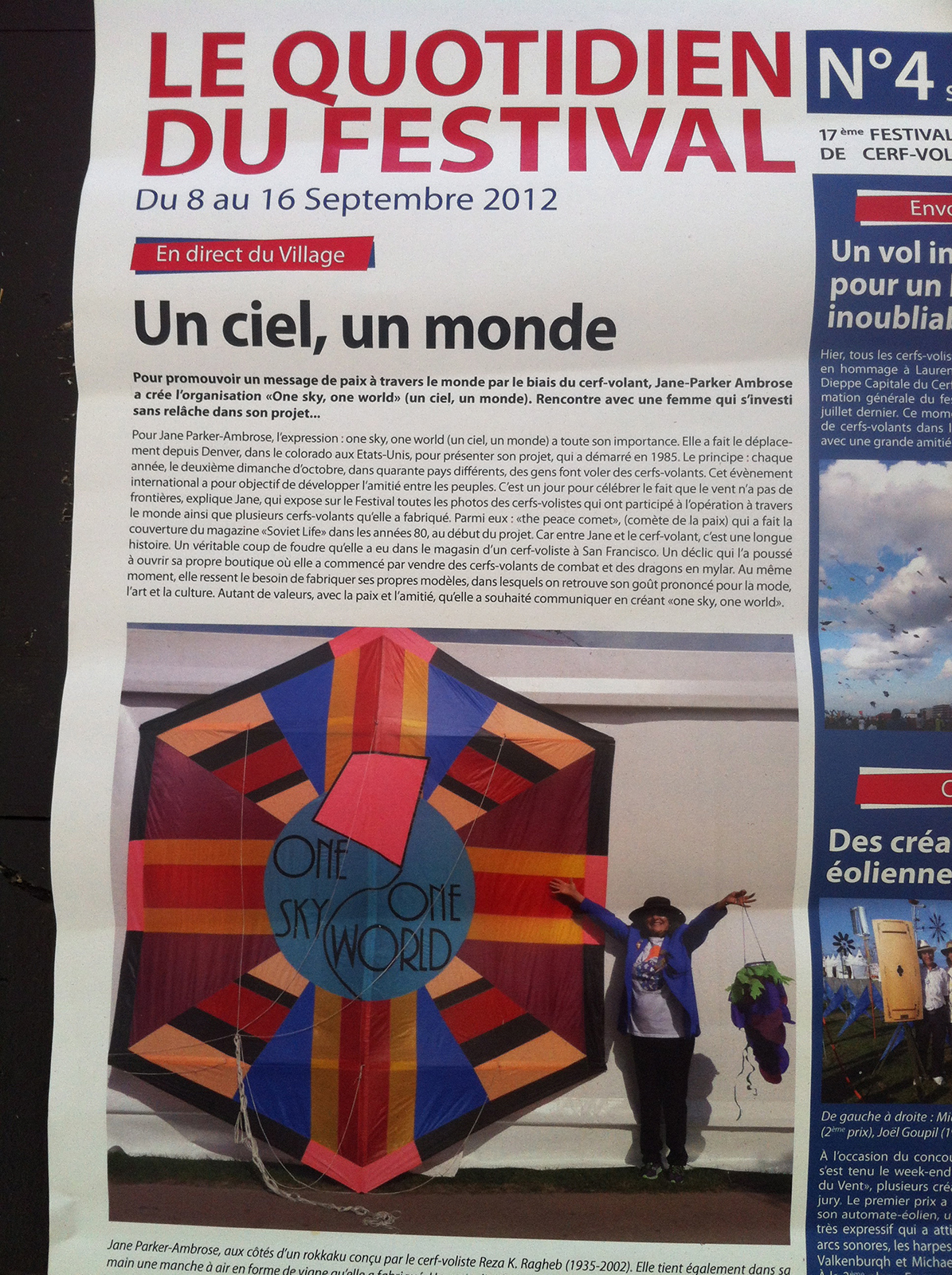 THE DAILY LIFE OF THE FESTIVAL

Live from the Village

One sky, one world

To promote a message of paxi throughout the world through the kite, Jane-Parker Ambrose has created the organization “One sky, one world”. Meet a woman who is relentlessly committed to her project…

For Jane Parker-Ambrose, the expression “one sky, one world” is very important. She travelled from Denver, Colorado in the United States, to present her project, which began in 1985. The principle: every year, on the second Sunday of October, in forty different countries, people fly kites. This international event aims to develop friendship between people. It’s a day to celebrate the fact that the wind has no borders,” says Jane, who is displaying at the festival all the photos of the kite flyers from around the world who have taken part, as well as several kites she has made. Among them: “the peace comet”, which made the cover of the magazine “Soviet Life” in the 80s, at the beginning of the project. Because between Jane and the kite, it is a long story. A real love at first sight that she had in the shop of a kite flyer in San Francisco. A trigger that pushed her to open her own shop where she began by selling fighting kites and dragons in mylar. At the same time, she felt the need to make her own models, in which one finds her pronounced taste for fashion, art and culture. All these values, along with peace and friendship, she wanted to communicate by creating “one sky, one world”.