One day a year 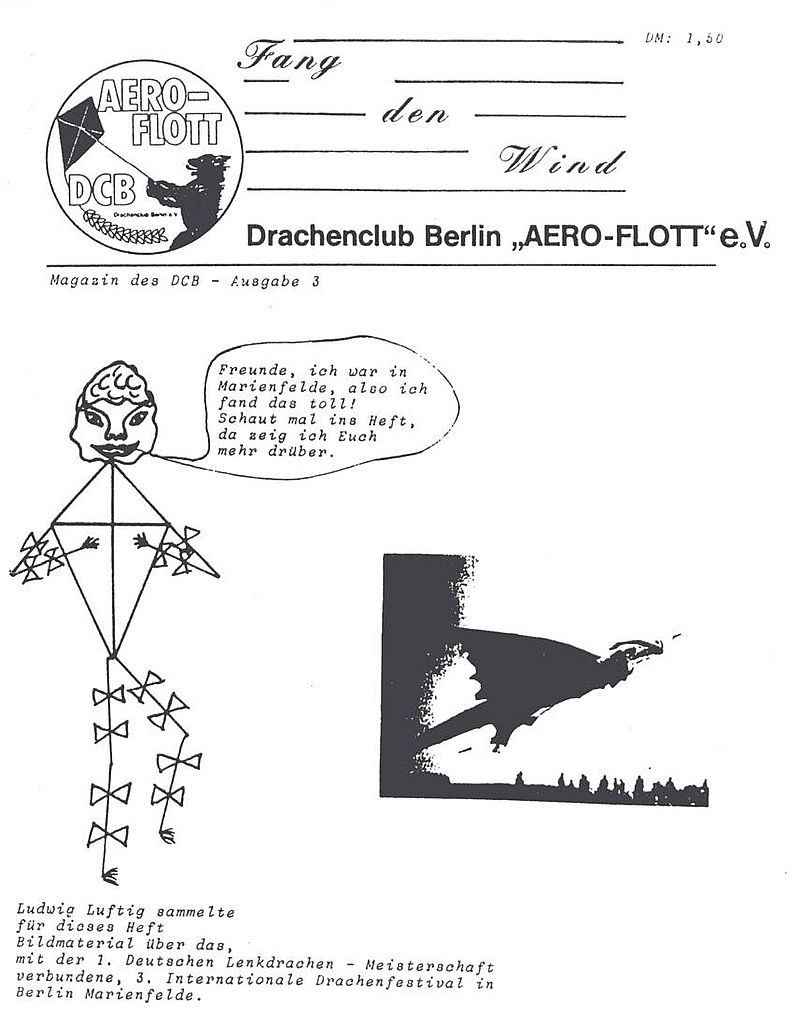 There are days in the year, when the children know, there are presents . The working population knows, then you can stay at home. Other people know, there is a memorial day . All those days are fixed in the calendar and come back every year. But there was nothing under October 12. A group that follows a certain hobby wanted to do something special. This hobby, that can become a passion, is simply called “flying kites”. One of those hobbyists said to himself one day: “We will designate this October 12, the second Sunday in October as the International Kite Flying Day for Peace and repeat it every year at the same time, on a Sunday”. The initiative for this worldwide spectacle came from Jane Parker Ambrose, an American kite maker. Of course, this day needed a motto and the result was: “One Sky – One World”! In North America, Asia, the South Pacific region, in Europe, simply in the whole world, this kite flying day for peace took place at the same time.
In the same form, every year a Sunday, close to the above mentioned date, shall be used by kite friends in the above mentioned way. A mondial held day thus, which stands now in the calendar!

This call came also to Berlin, where Michael Steltzer took over the European organization. We met in a historical place: the “Platz der Republik”, as the open air area in front of the Reichstag building is called, was our meeting point. We let our kites fly and expressed our own thoughts on peace in individual kite motifs. A worldwide thought was made by Werner. Our Werner Siebenberg bought the whole earth for this day. An earth on a small scale. It looked so very peaceful, with its circular band of clouds. The sphere of a globe, for that was what it was, was tied to a pole, hanging freely, with a small banner underneath, with the word peace. The wind turned the structure in a circle, so that in a few minutes one could see all the countries of the world.

Michael Steltzer laid out the “One Sky – One World” banner and all participants could immortalize themselves on it. Each active kite group, which engaged itself for the peace flight day, received one of these banners and collected in the same or similar way signatures on it. All those inscribed in Europe are now gradually trickling in to Michael in the kite store and then, as a European community, so to speak, go to Jane in America.

The white dove, symbol of freedom, could be seen in many variations in front of the Reichstag; the dove, sewn into the kite, or a kite in the shape of a dove, tried to make the sky the backdrop of this spectacle, which had also attracted the Berlin press, which gathered a lot of information on the spot about the draconian Peace Day. The result, however, turned out to be somewhat meager; two photos appeared with minimal text that would have fit just as well on other days. – Somewhat disappointing for the Berlin scene. –

Although the wind force was not suitable for larger kites, some Berlin – visitors as well as Berliners had come, in order to examine with more or less commitment, depending upon interest, our initiative not only, but also in the discussion some over it to experience. Always there, word of mouth is not the worst one!
Thus we deepened more and more in discussions with the public and explained the sense of this meeting to 12.October. Taking stock of that day, it must be said that the event gave us essential food for thought. So we can only do better next year! Other European groups had brought their whole initiative and with many gags as well as large-scale press actions had shown everything that was at all feasible.

In our case, however, one should perhaps consider that, on the one hand, certain preparations in Berlin fell through through no fault of our own; on the other hand, we had put all our energy into the Berlin International Kite Festival, which had taken place shortly before, and must probably learn from this to make our working methods more rational, well then – .“